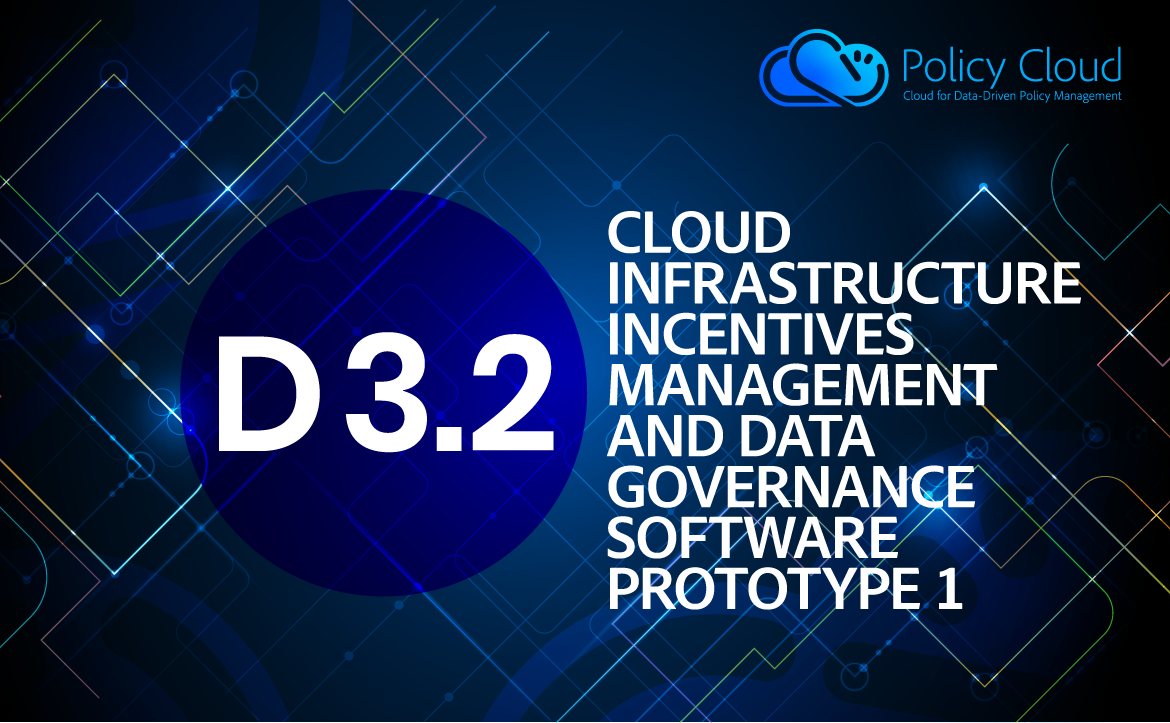 Based on the specifications detailed in D3.1 this deliverable is the first version of the Cloud Infrastructure, Incentives Management and Data Governance software prototype and documents the cloud gateways and APIs, the cloud provisioning mechanisms, and the algorithms and data governance tools implemented.

The prototype’s cloud infrastructure will be supported by RECAS-BARI and will be utilised by EGI through cloud gateways. These gateways allow the prototype to gather data from heterogenous data sources, such as Twitter and the global terrorism database. This first version of the prototype also includes an ABAC-based access control mechanism suitable for Policy Cloud. The mechanism has three key components that can be combined, along with a test client, in order to demonstrate the access control capabilities to the use cases and to proceed with the definition of an accurate data model, based on the provided feedback.

An updated version of this prototype will be documented in subsequent deliverables D3.4 and D3.7.